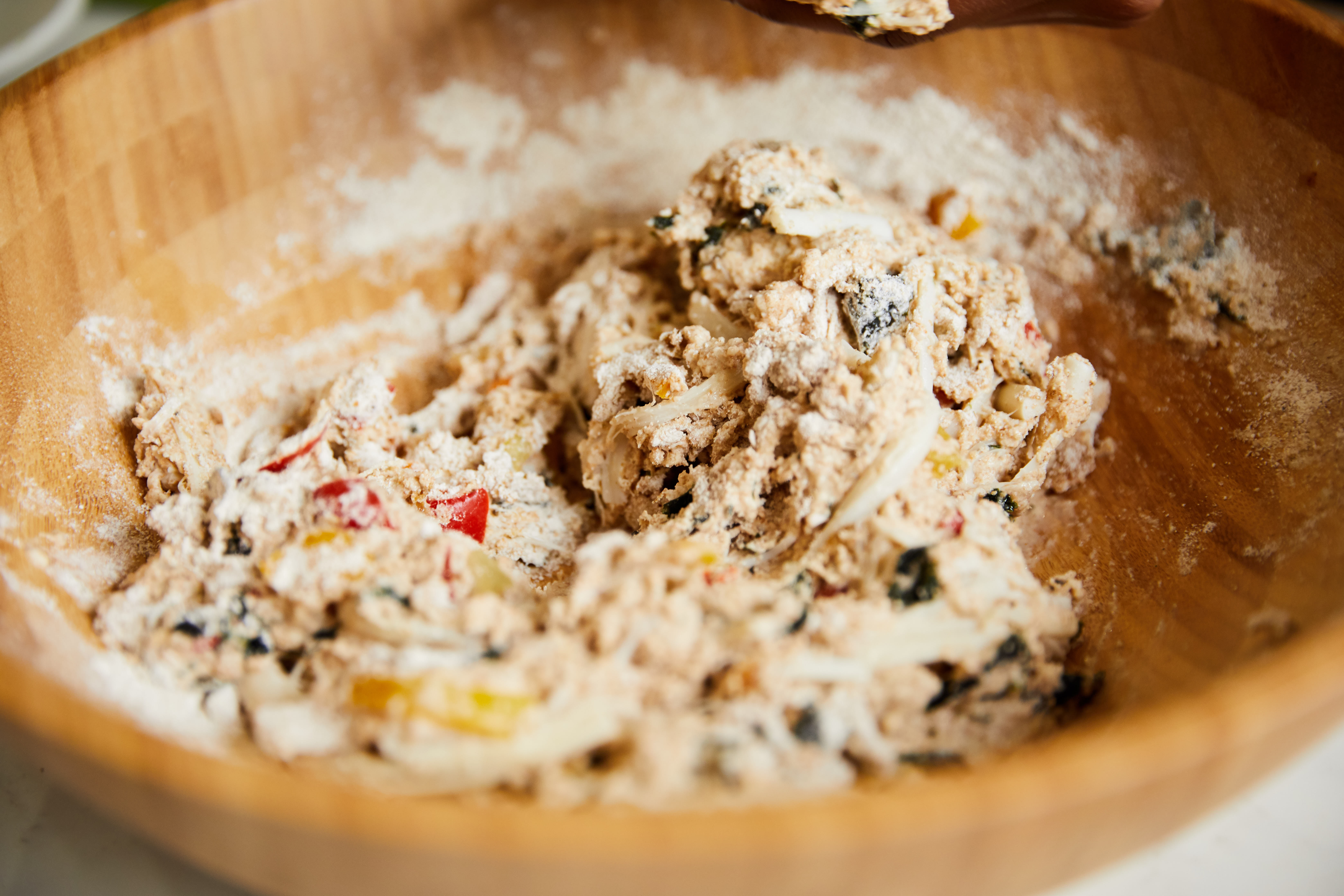 What better way to celebrate you and your fellow vegans than with a plant-based version of Hudut, prepared with love by the founder of Brooklyn’s Sol Sips.

Francesca Chaney and her mother, Emily, stress one point during our visit  — Hudut is very special. Though a common meal, Hudut marks an important tradition among the Garifuna people, whose descendants moved from the Caribbean island of St. Vincent into what today is Belize and Honduras. Francesca is of Belizean heritage — in fact, it was her uncle’s personal hand-carved Belizean mortar that mashed the plantains that comprised the base of her finished dish. On the drive over to our Airbnb, Emily coached Francesca through the nuances of making what is usually a fish stew. And even I couldn’t help but notice the way that Emily’s spoon lilted through the simmering “fish cakes” (in this version, hearts of palm replace the fish) and coconut, and Francesca’s impenetrable focus on every movement she made. It was not unlike watching two artists explore a soon-to-be masterpiece. Which they achieved, by the way. Veganism is not a fad for Francesca — her mother raised her on plant-based meals. As an adult, she found it only befitting to share her knowledge and gratitude with those around her. “Be gentle with yourself,” she remarks, and compassion for food will soon follow.

In celebration of #WorldVeganDay, enjoy this vegan Hudut! And, if you find yourself in Brooklyn, stop by Francesca’s intimate and charming Sol Sips. Plantains:
Bring a large stockpot of water to a boil and add peeled and chopped green plantains. Boil for 15-20 minutes or until soft (with similar texture to that of a potato cooked through). After first 5 minutes, add riper yellow plantains to boiling stockpot. Remove fully cooked plantains from stockpot, drain water and let plantains cool down fully. Mash plantains using mortar and pestle. Set aside.
Sere (Gravy):
While plantains are boiling, sauté bell and habanero peppers, onion and garlic in sesame oil. Separate half of pan of sautéed mix and combine that with spelt flour, seaweed, artichoke hearts, and hearts of palm in a bowl of flour. Then add kelp, black pepper and enough water to moisten mixture. Mix until dough forms. Create round, golf-ball sized balls and slightly flatten before frying in a pan of sesame oil. Fy until golden brown.

In separate pot, pour coconut milk and bring to simmer. Pour remaining half of peppers, onions and garlic into pot with salt, pepper, cumin, brown sugar and cilantro. Continuously spoon gravy around to prevent it from curdling. As gravy starts to cook down, add okra, dandelion greens and bay leaves. Simmer for 15 minutes.

To plate, grab an orange-sized portion of mashed plantains, 1-2 fish cakes and pour gravy over so that it moistens but doesn’t cover plantains. I love this restaurant so much! I enjoy the intimacy and smelling the food while waiting, it makes me feel like I’m at home. I’m looking forward to the growth of her and her business, it’s truly an honor to support her art.

Thank God for you and your family! Food looks great and I can’t wait to try it!

wow its looks delicious,i will try this today,thanks for sharing this recipe!

I made this last night! It was so good! It’s a beautiful mix of fancy and down home. Very unique and not difficult to make!!